Video Casino Games on the Internet

What’s the difference between video game versions of games of chance and the games hosted by real money gambling websites? The most obvious difference is that video games are designed purely for entertainment; while real money online casinos are also an entertainment service, the reason for their existence is to do business with bettors looking to place cash wagers.

The free versions of games they host are a way to attract business, a form of advertising designed to show off their gambling software. Comparing video games to those that accept cash bets will help outline the ways these two sets of titles are similar and how they are different. 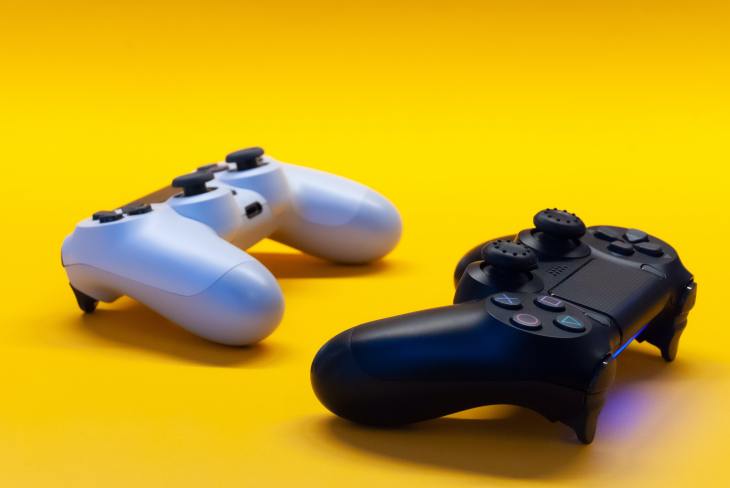 Distractions based on the rules of actual gambling action are nothing new – home play sets providing props for titles like online roulette along with poker chips and other games of chance have been around at least as long as board games themselves. Every console platform since the Atari has offered some version of casino-style betting, but without the cash wagers. Spinning the reels of a poker machine and placing big wagers on red or black is a form of entertainment after all, and casino games are designed to be fun even when they allow real money betting.

Online games designed to mimic actual gambling (sans the deposits, wagers, and withdrawals) are becoming more visible thanks in no small part to Facebook and other social media sites. Designers are realizing the potential profit made by releasing different diversions in social media platforms. Look at the explosion of a designer like Zynga, a designer releasing nothing but Facebook titles as of this writing.

Zynga is already in talks to create versions of online poker and different table games for Facebook users that would allow cash wagers, player rewards, and all the other features common to online casino play. Many such games are already available, without any money changing hands. Versions of Texas holdem and roulette are among the most popular apps – software added to the Facebook platform that allow gaming and social interaction while playing.

For an example of cashless casino-style play, look at the roulette game for Facebook produced by Games.com. This version is more of a realistic take on the game than some of the more cartoon-like animations on other traditional casino titles.

Games.com’s designers seem to be attempting to replicate the roulette experience one would get from a live casino. For now, a major difference between this roulette title for Facebook and the real thing on a gambling floor is the fact that you’re playing solo instead of gathering around a table with a crowd of other players and spectators.

Since players of these social media games aren’t able to win real money, an obvious question is “Why are they playing?” Whether you’re looking at a title designed for social media or a video game-style poker app on a smartphone or a gaming website, player high scores and leader boards (among a few other forms of social interaction provided by game hosts) are the currency of these games. Bragging rights are a way to prove your value and your gaming acumen, and in some cases the sites that host these games hand out rewards to players that score high enough.

These sorts of free-play casino titles, whether they’re hosted on a social media site like Facebook or a more traditional game site like Games.com, share plenty in common with keno or poker machines hosted on sites that allow real money wagering; the design of the games is similar, in that the player is interacting with the game on their computer screen. Clicking buttons and changing player features, it would be easy to lose yourself in the experience and forget you’re not playing for cash, especially if you’ve played real money titles online before.

But the most obvious difference, the lack of cash rewards, player comps, or any kind of loyalty program, means video games based on casino gambling have a limited appeal. Yes, pokies and table games are supposed to be entertaining, but how many customers would an online casino have without the option of playing for cash?

Internet betting venues offer free games, which are similar to Facebook gambling apps and online games of chance like pokies and table games (on free-to-play gaming sites) in that they don’t allow real money wagers. But the similarities pretty much end there.

One of the reasons people play video games, and this is especially true at sites like Facebook and Games.com, is the social interaction they allow. Customers at real money betting sites are not given that same opportunity – the social aspect of games on social media sites and video gaming platforms is not a part of a Web casino like Royal Vegas since the purpose of that site offering these titles is to show off their software or help people learn new games they haven’t tried before.

Of course, some similarities exist. Free-play versions of poker and other table games at real money online betting parlours look similar to cashless games on social media or gaming websites – the layout of the buttons and player controls are similar as a necessity. Computer screens are limited in size; it should be no surprise that the two look alike, since they’re both providing the same thing: cashless casino game play for entertainment or as a simple form of training for the real thing.

The purpose of playing Web-based video game versions of casino contests and the purpose of playing free-to-play games at real money casinos may be a little different, but the games are similar in appearance and design. Playing either version can make you more familiar with the rules of the game, though if you plan to deposit cash to an Internet casino, you may be better off practicing on their platform, since it will better prepare you to play the real thing later on.

A Las Vegas casino heavyweight is looking to increase its holdings in Macau following the recent sale of assets in the United States. Inside Asian…

A former store manager at a Melbourne casino store stole thousands of dollars in products from his employer. The Herald Sun…